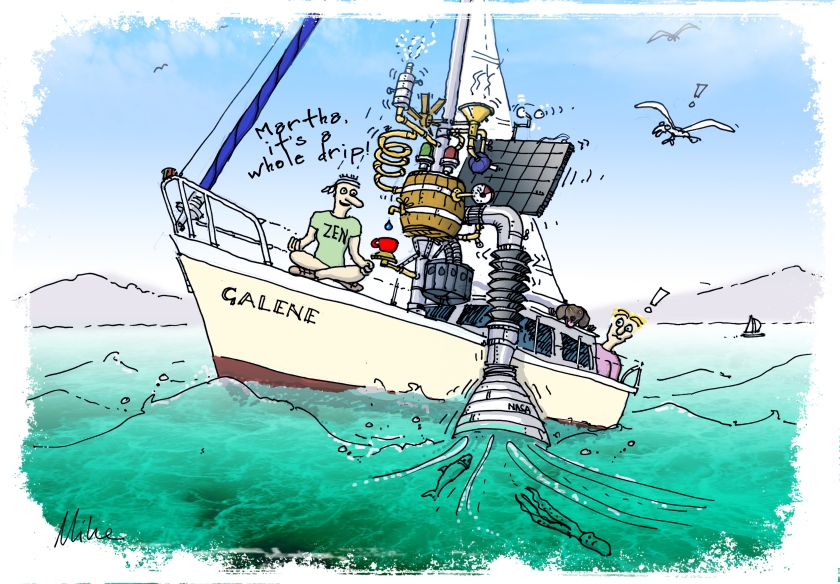 My first cartoon for Canadian magazine publishers OP Media Group
Pacific Yachting Magazine. They have a “Cockpit Confessions” page where boat owners confess to the various errors of their ways. This is a story of a home made water maker mixed with some zen meditation. 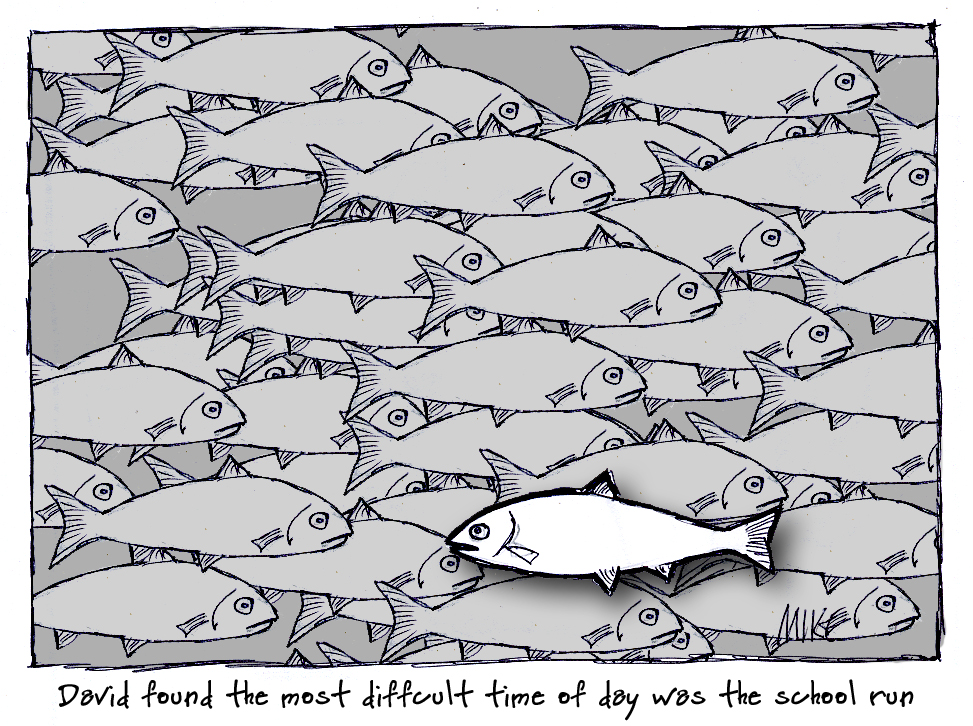 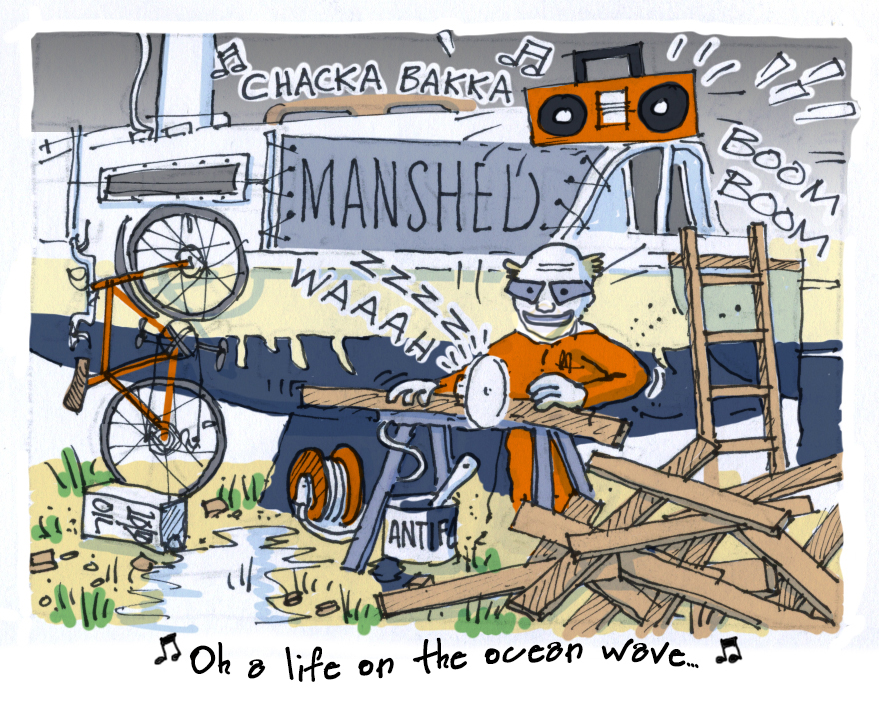 “Please work on your boat respecting other folks nearby” Not like Captain Chaos here…. 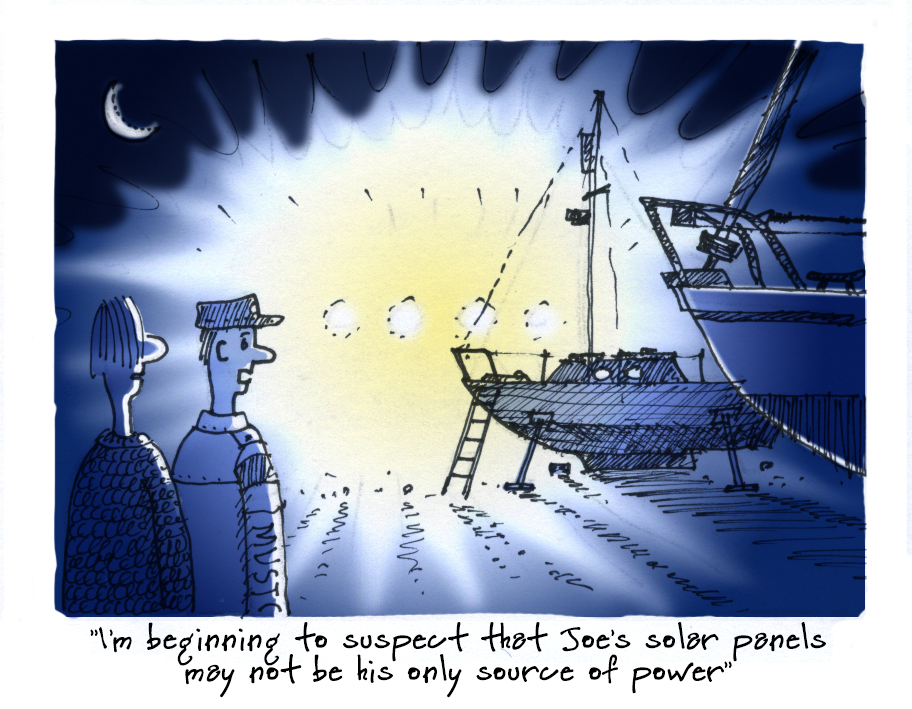 MDL Marinas commission for a series of cartoons to enhance boatyard users’ safety.
This one is about overloading the power sockets… 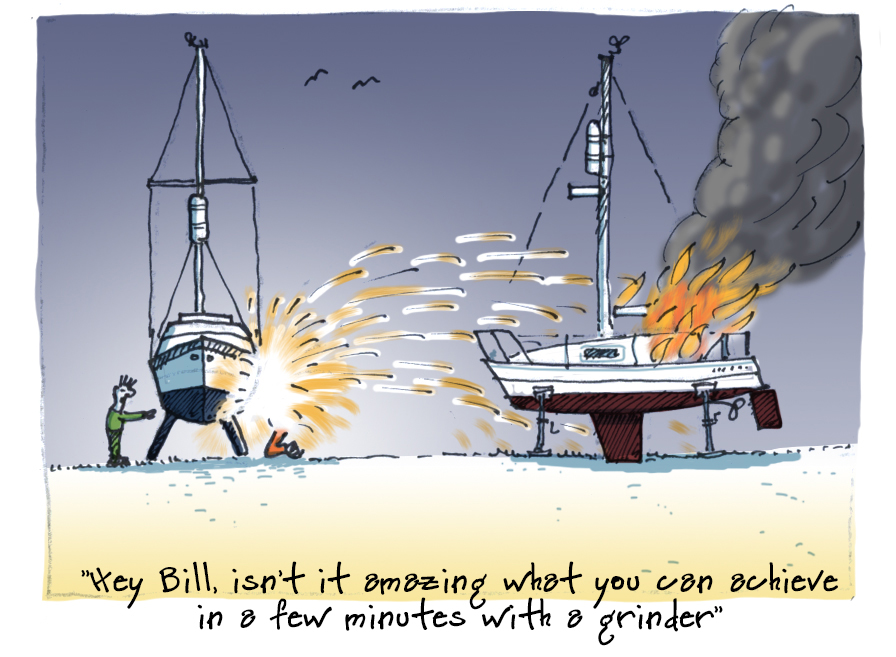 MDL Marina’s have commissioned a series of cartoons to highlight safety issues in the boatyards. 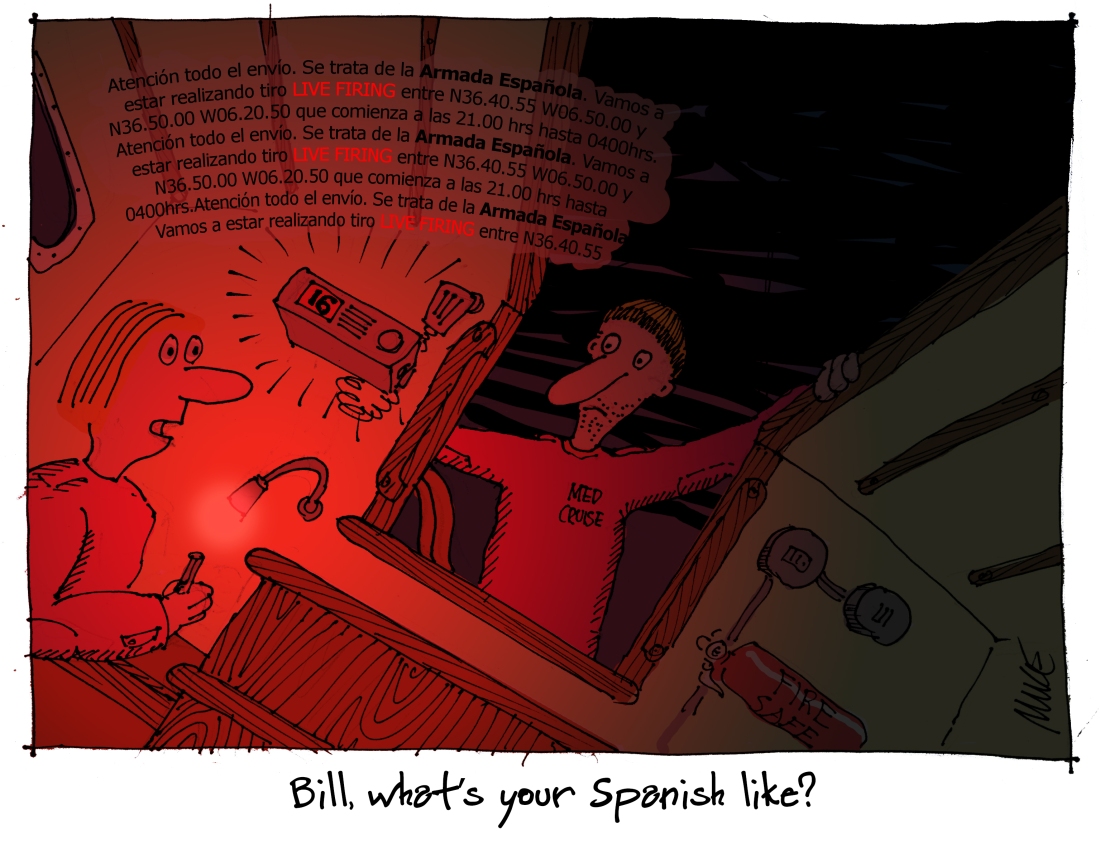 We were sailing our Westerley Centaur up from Barbate, having negotiated the Straits of Gib the night before. Heading North towards Cadiz, It was three in the morning and we were being beaten up by a strong onshore breeze and a counter current of about four knots, when the radio crackled into life. It was the Spanish Navy. The only bit we recognised was live firing exercise. The lat and long positions were spoken so fast it was impossible to tell where it was. In the situation where there was actually nothing we could do but carry on, we put our life jackets on and made a cup of tea. 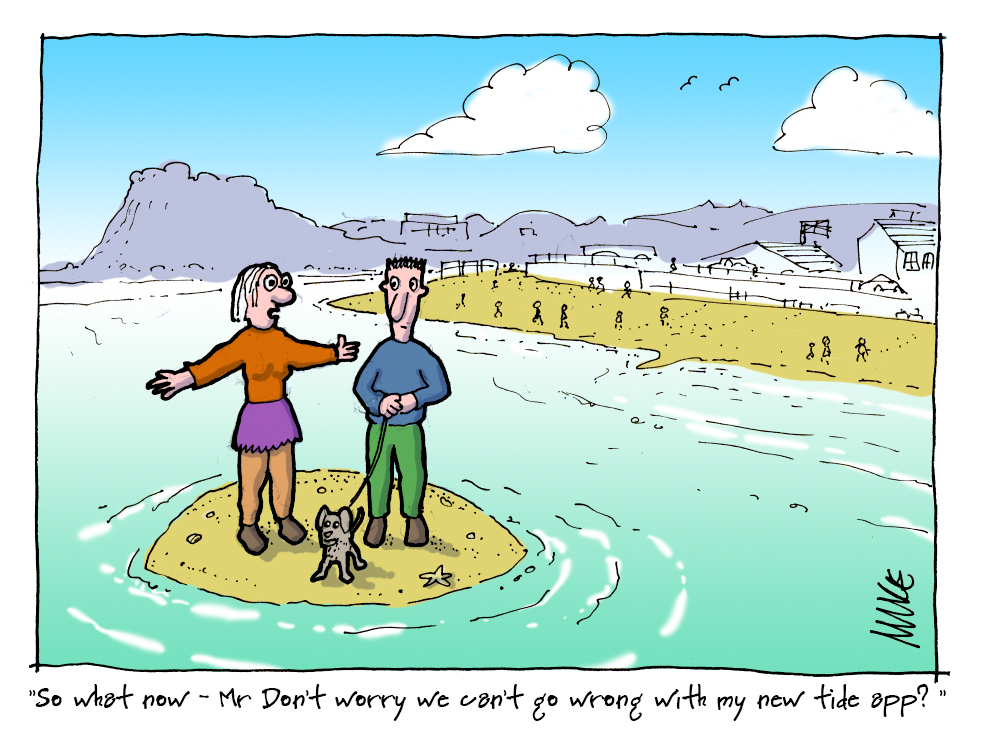 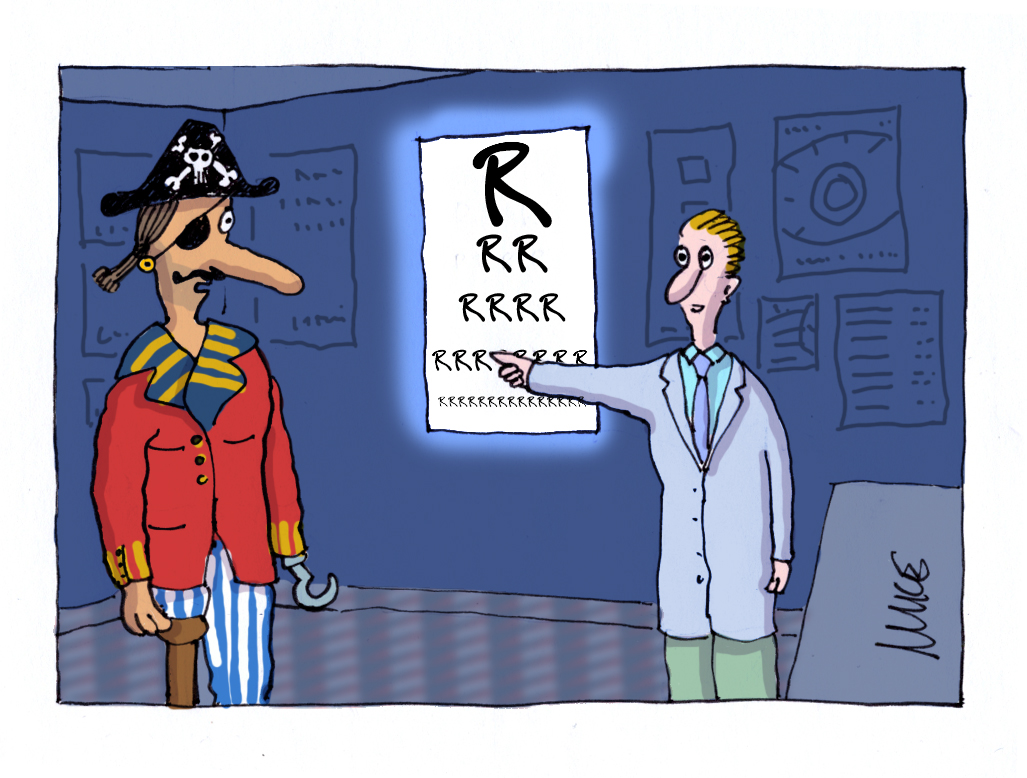 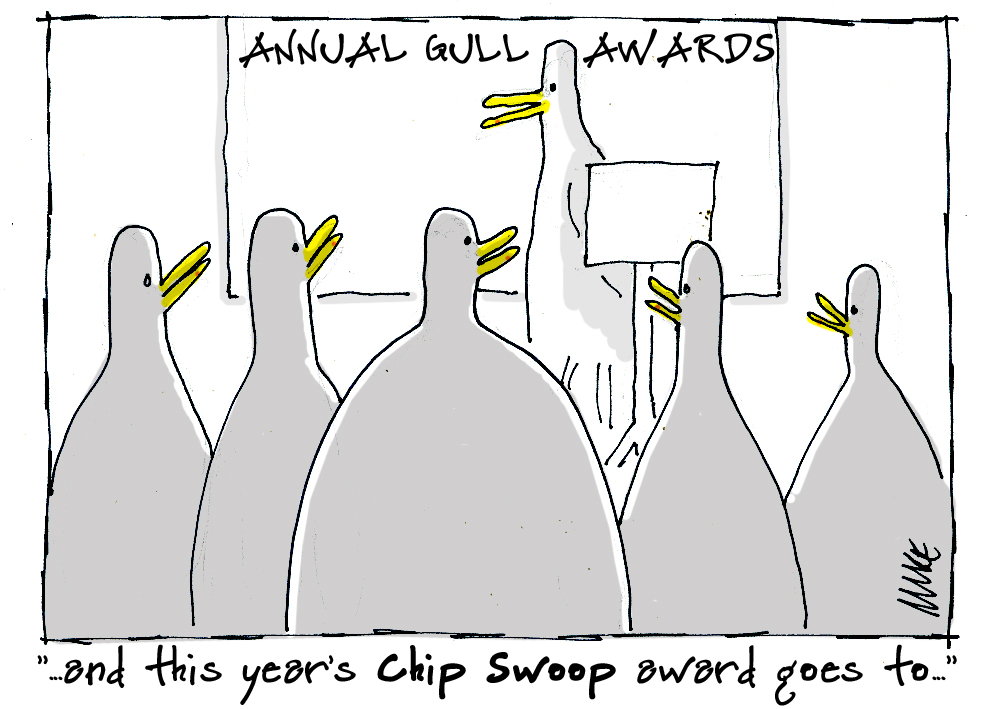 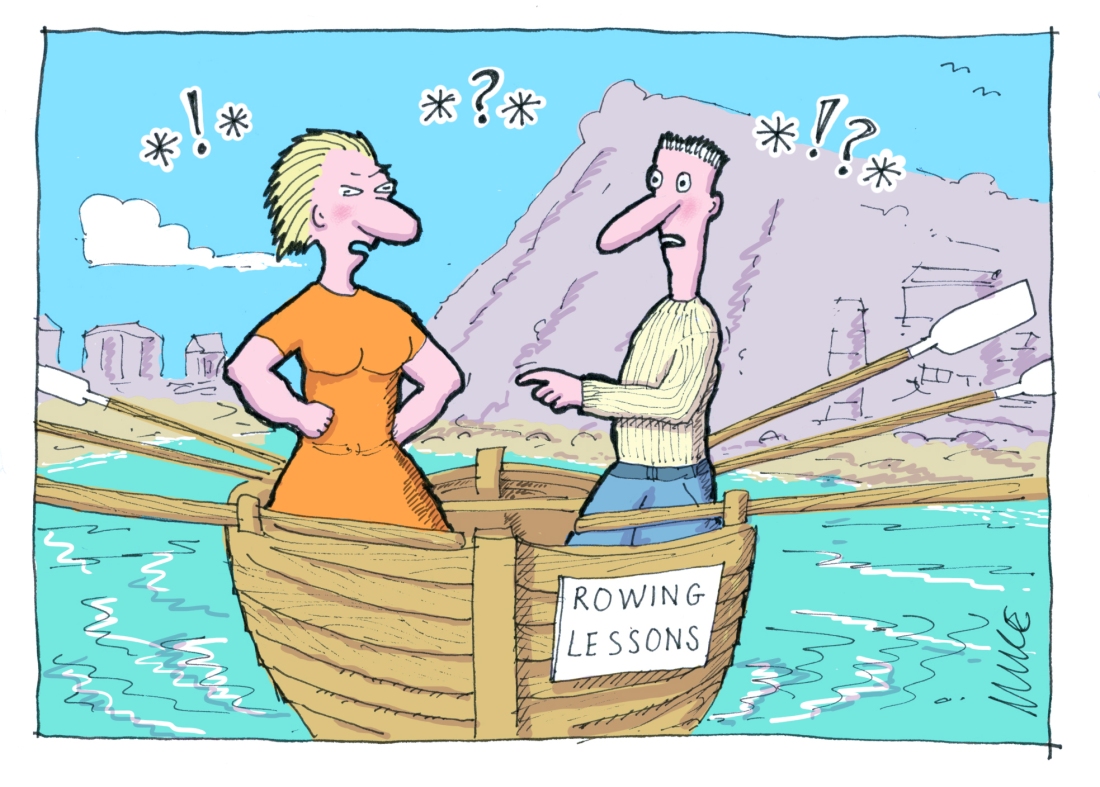